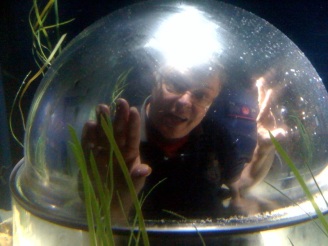 Hi!  Here I am in my underwater office which unfortunately can only be reached by the submarine I accidentally destroyed at the end of last year.  I’m quite happy here though.  I have all I need, including a laptop, a good internet connection, and enough food to last to next Thursday.  I do cry a bit, but it’s important for men to be able to show emotion, and I do laugh also, sometimes quite uncontrollably.  Anyway, Blue Soup (that’s my webmaster – you may remember him from the House of Fun books) has agreed to post up the biog I sent him, so here we go!

Let us begin at the beginning 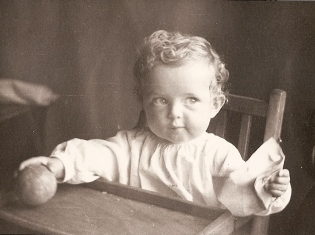 I was born at the age of 0 some while ago in a peaceful little village near an atom bomb factory. I’m not sure what my mum and dad were doing at the time. Dad seemed to have a different job every week. He was a baker for a while, then he sold ice cream, and for a while he carried bacon slicers about. Later on he was a telephone operator, a taxi driver, and someone who put electric wires into exhibition halls. I think Mum worked in shops mainly, including the dry cleaning shop we had when I was four.

I do know what my grandads did. William Blake was a sales rep and Albert Bosley was a gardener. Grandad Bosley worked for a rich publisher and could swing a big scythe all day long. Grandad Blake worked for a printing firm and gave me little square pads to write on. I decided to become a writer when I was about five. My dad told me I could never make any money at it and he was about right. 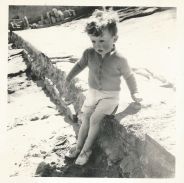 Christmas always seemed to be white in those far-off days, the sun shone every day, and the summers went on for ever. Children never answered back, no-one needed to lock their back door, and the tooth fai

Oh dear. I’m afraid Jon has begun to get very boring again. For this reason I’ve had to cut him off and replace his rambling nonsense by interviews with various folk who knew him.

Jonathan was always happy to let us all know exactly how much he knew. He once suggested I put a brass plate on his desk saying JONATHAN BLAKE SAT HERE, so people could visit it when he was famous.

I’m sure you can imagine how amusing I found this.

Blake minor was here for seven long years. He always arrived for afternoon Latin class sweating like a racehorse from playing football. In the second and third years he had the main role in the school play, so in the fourth year we didn’t give him any part at all, just to bring the cocky twerp down a peg or two.

I ‘m not sure how Blakey ended up working for us. He did say he’d been a drama student in Exeter for a while but had fallen in love and it had all gone wrong or something. One of the other junior salesmen taught him how to ride a motorbike and another one taught him how to set fire to the shop.

Jon Blake? Was he the fellow who organised those fearful discos? Sorry, University lecturers can’t be expected to remember all our students. Or any of them, for that matter.

This was Jon’s first job after college, and he made a common mistake of young teachers. He tried to be friends with the pupils. I hope he is getting over his bad dreams now.

Jon was here for a few terms then left to become a punk rock star in a band called the Cutouts. I can’t remember hearing them on the radio – did they ever make it?

JJ sent me some interesting stories about a furniture shop. These were rather far-fetched (for example, in one story, the junior salesmen accidentally set fire to the shop!). However, they were quite amusing for people with a slightly twisted sense of humour. I got him a publishing deal in 1984 and amazingly he’s still going.

Ok.  I am going to let Jon have one last chance to tell you a little about his life today.

I’ve lived in Cardiff since 1987 and nowadays mainly write and teach creative writing.  I

live  with my partner Natalie, who’s a journalist, and my two littluns, Jordi and Zazie. They’re lovely kids but they’re always treading toast into the carpet. This may not mean much to you kids, but as you get older, you realise how important it is to have a nice carpet. My present carpet is 80% wool, and believe me, 80% wool carpets are not cheap, in fact

I’m sorry everyone. I gave him a second chance but he blew it.  If you really can be bothered, you can find some more sensible details about Jon’s writing career here. 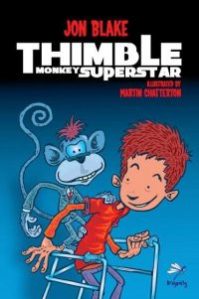 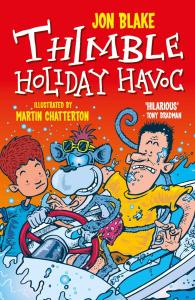 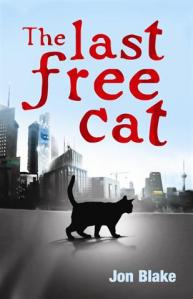 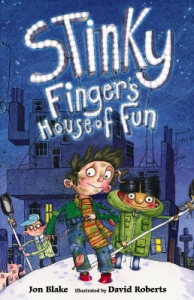 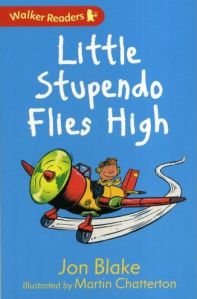 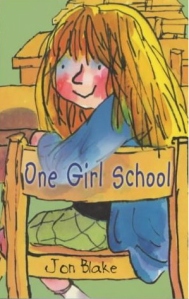